First of all, this.

Moments before our Thanksgiving dinner, Dr. M had an unscheduled encounter with a carving knife, necessitating surgical intervention on her foot.  She consequently arrived in Hawaii on crutches, wearing a rehabilitative boot, whose front end distinctly resembled a duck.

Dr. M’s unfortunate accident meant that our vacation week’s activities would be limited, which on our Hawaiian trips is virtually meaningless since we do very little there anyway.  Since she was not permitted to get her foot sandy, the primary consequence of her misfortune was that rather than lying around in the sun, we would instead lie around in the shade.

Which is still great because it's Hawaii shade, with its reliable low eighties temperatures and its plumeria-infused breezes.  California is wonderful.  But Hawaii makes California look like its somewhat less attractive sister.

I arrived in Hawaii still troubled by the clothing I did not pack for the trip.  I could that tell they were angry at me.  I selected the necessary seven t-shirts, and the t-shirts that didn’t make the cut hurled umbraged, t-shirty invective at me as I departed the clothes closet.  I could not blame them.  The “Selected” t-shirts would be enjoying Hawaii while “Los Discardos” were left grumbling in a drawer.  Sorry, fellas.  I could only take seven.  Which goes ditto for underwear and socks.  (Could I be possibly too “clothes sensitive”?)

Our first night, we – meaning Dr. M and myself, Anna and husband Colby, Rachel, husband Tim and their offspring, four year-old Milo and one and three-quarters year-old Jack – there used to be four of us; now there are eight; I may seriously have to go back to work – repaired to the nearby Kahala Mall to eat at the California Pizza Kitchen, a restaurant we rarely patronize in California.

We were informed there would be an hour wait.  For a restaurant we rarely patronize in California.  And we waited.  I think somebody four wanted to eat there.  (I see a “Suffragette” sequel in the future, about grandfathers who have somehow mysteriously lost their vote.)

Apparently, in Hawaii, you cannot merely be a competent dentist.  You must also be capable of “riding the waves.”

Continuing the food motif, back at the hotel one afternoon, I ordered a strawberry-banana smoothie for myself, and a vanilla milkshake for Tim.  Preparing my smoothie, the bartender explained that they’d be making the milkshake “in the back.”  Leading me to wonder, perhaps out loud, “Are they doing something they don’t want us to see?”

Sedentary holiday games included an obligatory session of “Travel Scrabble.”  It’s interesting.  Although I am a professional wordsmith, I am notoriously substandard at Scrabble.  Aware of the inevitable outcome, I plod painfully through the ordeal, like a bad dancer who cannot wait for the music to stop so they can finally stop dancing and sit down.

While exercising one morning, I was struck by the contrast between the hotel gym’s equipment and my own.  The hotel treadmill’s speed seemed to be faster.  But the seconds of exercise seemed to go slower.  I found that last observation perplexing.  I understand that machines can be calibrated differently.  But I thought time was the same everywhere.

“Later that evening, the president and first lady dined at Hoku’s restaurant at the Kahala Hotel and Resort.”

The Kahala was our hotel.

The president and the first lady were eating at our hotel!

I wanted to eat with them.  And tell the president stuff I was sure he’d be interested in hearing.  There was an urgency to my intention.  The president needed to know what I thought!  (The psychological diagnostic manual almost certainly has a name for this disorder.  Hopefully, its treatment is covered by insurance.)


It would not be happening.  Because I wasn’t invited.

Here’s the thing.  I don't care about not being let in someplace.  What upsets me is being being kept out.  Anyway, that comment doesn’t even fit here, because, I later learned, if you happened to have reservations at Hoku’s that evening, you automatically got to eat with the “First Couple.”  Although you’d be frisked, comprehensively “wanded”, and sniffed all over by a dog.

Later that evening, I went down to the lobby and I waited for them to come out.  Also awaiting the “Grand Departure” was what appeared to be a lead actor in a Punjabi blockbuster – black ringletty hair, flashing eyes, and in complete Indian regalia, including a plethora of rings and jeweleristic accessories.  The “Young Prince” – or so he seemed to be – explained that he had come to Hawaii to study surfing, so he could promote the sport, and more importantly its prerequisite accessories, in his native country, and cash in.

While we were waiting, I reprised my habitual spiel about how I wished Hawaii had not been taken over by the United States but was instead a separate country we could visit, enjoying its other-naytional exoticism.

“India Boy”, drawing on his nation’s glorious history with England, disagreed with me, explaining that it was far better for Hawaii to have been taken over by a benign country like America than to be oppressed by a less benevolent alternative.

“That’s like saying, ‘He’s a good slave holder because he doesn’t hit us too much.’”

Not surprisingly, the “prince” vociferously disagreed.

As it turned out, I got tired of waiting for the president to come out, although I waited longer, I am certain, than the president would have waited for me.  This experience mirrored the one I enjoyed on our previous visit, where I awaited a glimpse of the Dalai Lama, who was actually staying at our hotel.

As it turned out, neither luminary got to make my acquaintance.  I am not sure either of them has gotten over it.

No matter the circumstances, Hawaii is never a disappointment.  Life gives you the good and the bad, and Hawaii is definitely “the good.”  Its shining memory – the healing sunshine and majestic landscapes – makes the other stuff more tolerable.

Or at least it helps. 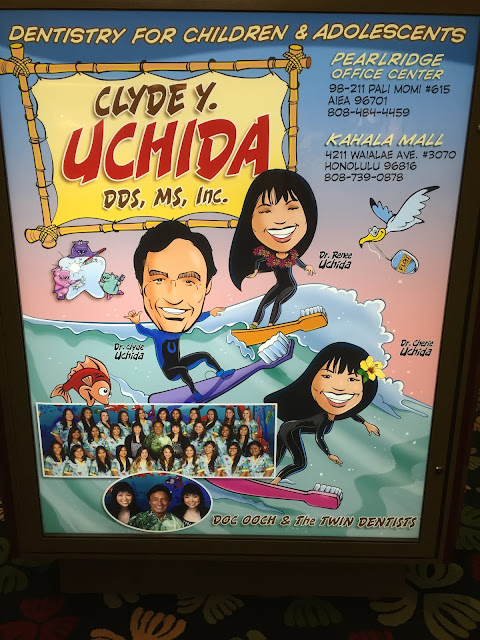 Two thoughts. One, that the reason you struggle with Scrabble is that it's not a word game. It's an *arithmetic* game.

Two, that when I was in Hawaii a few years ago I got talking with a native, who commented that a lot of the older women were very grateful when the US took over because it meant women weren't being sold into marriage any more (although he noted the takeover was still resented by a fair percentage of the population).