Dear Readers,
As requested (by one reader, or was it two?), I am posting a sampling of the pictures Dr. M and I took on our photographic safari in Kenya.
Before you consider criticizing our efforts, please remember that a professor from Santa Monica Community College, where we took a "Photo One" class in preparation for our adventure, gave both of us A's.
And we're talking hard cameras. Not digital.
My thanks to Anna for putting this together. (You really didn't think I did this, did you?)
Enjoy. 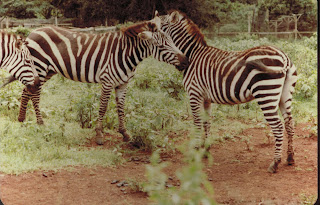 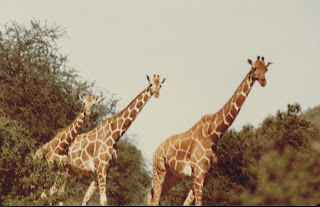 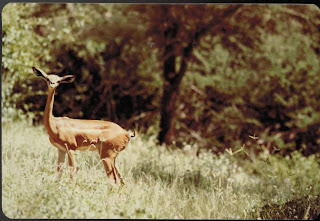 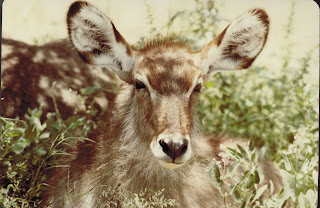 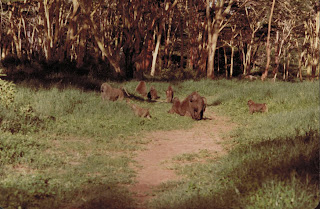 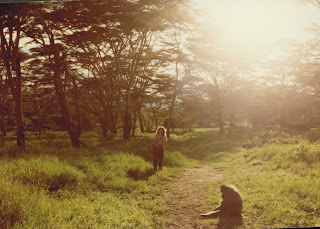 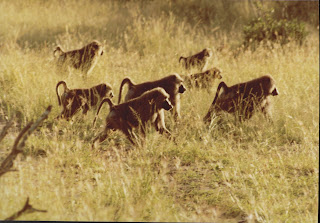 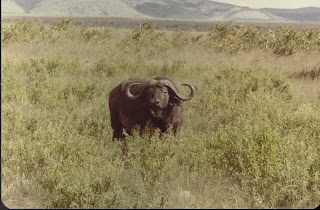 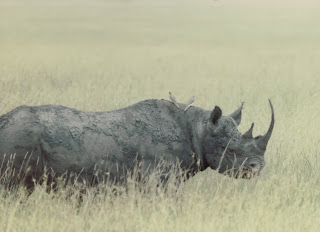 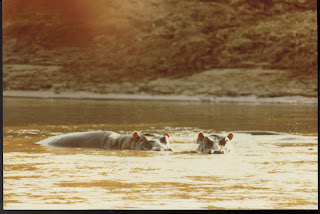 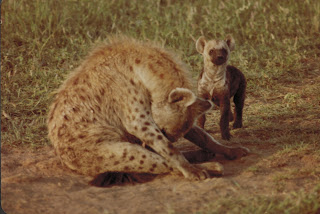 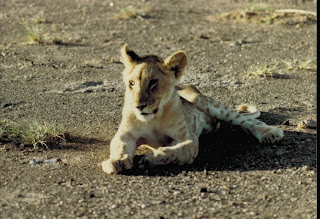 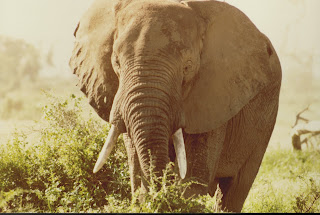 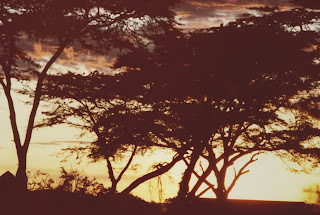 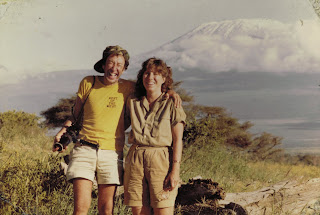 What does it say about me that I liked that last picture the "best?" Thanks for posting all of them, Earl.

Very cool. Seeing those animals in their own 'hood' must be wonderful. Thanks for posting, really enjoyed the stories from that trip.

Terrific! Thanks for doing that, Anna. I adjusted the vertical hold on the first pic but it didn't help. Post more, any time!

Thanks for the photos, Anna and Earl. Takes a bit of guts to get that close, even zoom lens close.

Lots of people who visit Kenya these days aren't familiar with the effect the movie Out Of Africa had boosting tourism there. The government of Kenya in the 1980s didn't understand the power of a popular movie, so they didn't cooperate much. Director Sydney Pollack was quite frustrated by the paperwork and red tape just to accomplish simple tasks. I think Meryl Streep said part of Sydney's contribution to the movie was shielding his actors from all that, so they just had to concentrate on their performances.

These days, post-Redford and post-Streep, you can't drive ten minutes from your hotel without hitting a film crew.

Glad you had a good time.

As a fellow member of the Guild of Guys Named Joe, I agree with the president of our DC Chapter.

P.S. What's with the machine gun in that last photo?

Great pics. Thanks for posting. Is more difficult to get wild animals pose for the camera or Hollywood actors?

Those are some very short shorts there...

Al of these pictures are great, you are very talented, thanks a lot for sharing with us your photos.

Mr. Pomerantz; for some odd reason your expression reminds me a lot of brother's (I hope it's not too tedious being thought of as "the brother") from This is the Law

Thanks for upload these Safari snapshots! I love them so much!